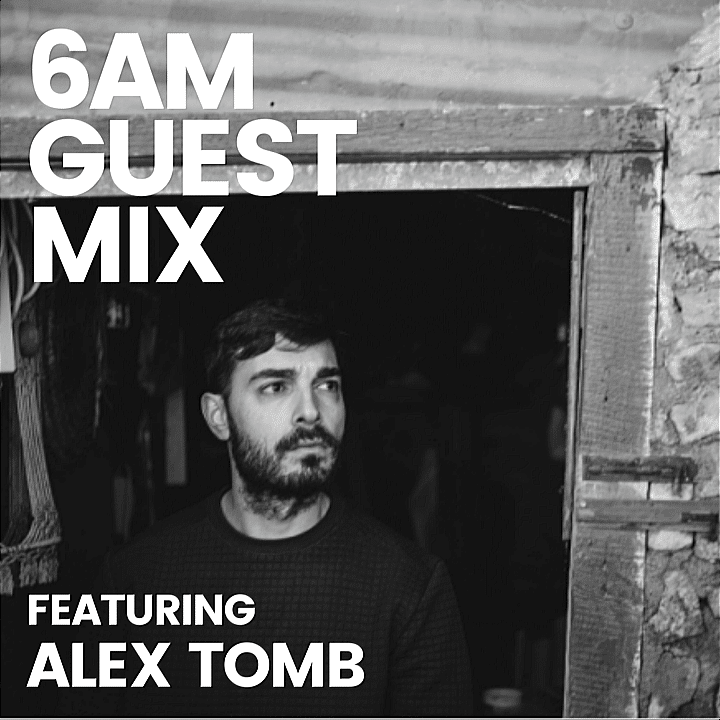 Starting off December with an ambient fusion is Alex Tomb’s, Guest Mix. Fully known as Alexis Toumpouris, Alex Tomb was born in Nicosia in the 80s and he has always had a passion for electronic music since the early years of his life. At the age of 16, Alex had already bought two turntables and a mixer to start DJing, thus leading him down the musical path of techno. Eventually, in 2003 and 2004, Alex would take fifth place at the DJ Smirnoff Competitions, consequently gaining him more experience and increasing his popularity. As his popularity increased, Alex could only imagine that he would then be DJing regularly at numerous events and even playing alongside the likes of G-Pal, AMX, and Hernan Cattaneo.

As for his gigs, Alex would have the amazing opportunity to DJ at The Gallery, Turnmills, Unit 7, The Yacht Club, London as well as in Berlin. Overall, Alex has been mainly been DJing for the past 20 years and becoming a music creator slightly after, with residencies at legendary klubd, Nicosia for over a decade, and at STAUB, Berlin.

As an experienced mixer with precise attention to detail, Alex has had releases on various European labels such as STAUB, Several Reasons, as well as his own label Capparis Spinosa. Because Alex has a knack for creating effervescent and delicate sounds, he is able to direct his listeners through deep explorative trips that play with the psyche. One thing is for certain — Alex is able to meticulously understand music as well as the energies that are inherent within each track. A goal that will always be apparent in Alex’s musical journey is the ability to create a musical dialogue that is filled with colors, changes of perspective, and almost life-changing dispositions.