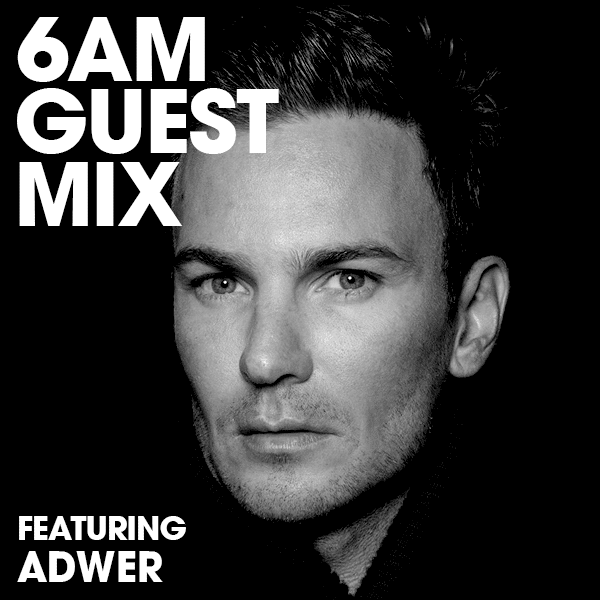 This week’s guest on our Guest Mix series is Adwer (formerly Adept) aka Adam Werderits, an artist born and raised in Budapest, Hungary. He took his first steps to follow the pathway of electronic music and sound when he got his Commodore 64 home computer system from his parents during early adolescence.

While fiddling around with this tiny computer and its legendary and unique SID soundchip, he felt that his body resonates with electronic sound in ensemble – whether it was the harsh chip sound of the C-64 or engineered masterpieces from Kraftwerk, he felt this sound to be innate. He promptly realized the potential of the computer as his artist canvas: getting into the heart of the computer through programming, then stepping over to graphic design, he arrived to the sound design and music composition domain. During the whole learning process, he became an all-around hardware and software geek. His first “song” was recorded with a tape recorder, played on the grandma’s old and detuned piano in his childhood, and some years later in ’93 he finished his first song using a C-64 tracker program. When it became available to him, he turned to PCs and MIDI gear and at the dawn of software synthesizers, he got hooked onto the first virtual modular systems. Shortly after the release of the now infamous Nord Modular synthesizer, he became the first owner in Hungary of such instrument, his sound patches later got included in the synth’s factory presets.

Despite the early start and being right on time with the electronic sound in the mid ’90s, his career as composer never really launched – partly because being a perfectionist – meaning that most of his work never reached the public or record companies for consideration. The first track to be mentioned as a piece of “electronic dance music” or “techno-trance”, was “Toxen”, composed in 1996 with his partner Mark Ronai – also never got released, even if it had great feedback in a smaller audience, domestic record companies were not publishing that genre and unfortunately the guys never sent it abroad, where it could have reached the potential record labels. He belongs to the first generation of Hungarian electronic musicians, even though his releases didn’t reach the daylight too often. Releases under the Adept or Adwer acronym are only a handful, so are live gigs, tracks like “Levitating Monk” and “Ironhorse riding” and live acts at Europe’s biggest festival called “Sziget” have contributed to the rise of the Hungarian electronic music culture and scene. Despite the modest discography, his life so far never lacked action and creativity: besides music, he pursued his digital artist career designing websites, multimedia content, 3d graphics, animations and of course composing the necessary soundtracks and SFX for them – and to complete the mental with some physical activity, as an athlete, he has pushed his body to its physical and mental limits through one of the most grueling sports: road cycling.

Through his journeys across continents, countries and cultures, Adwer just keeps his eyes and ears wide open, watching and listening, gathering thoughts, sounds and visions and every now and then in years he is giving it back to his audience in form or tracks, gigs, DJ mixes or some form of audiovisual art…so be prepared to relive/experience soon some extraordinary Adept live gigs, that takes you to an unseen/unheard sophisticated, space-technology voyage incorporating custom developed audiovisual fx rig, modulated via computers, Ipads, wireless controllers and other interesting hardware. This multi-faceted artist has done various experiments in different electronic genres, ranging from old school trance to ambient electronica, progressive house and techno, his releases came out on some long standing, classic labels such as Bonzai Progressive, Perfecto, Baroque. His tracks gathered critical acclaim and worldwide tastemaker support by names like Sasha, Laurent Garnier, Joris Voorn, Raxon, Enrico Sangiuliano, Adriatique, Hernan Cattaneo, Eelke Kleijn and many more.

His public appearances in clubs around the world are not very frequently occuring yet, especially for DJ sets, if you get a chance to hear him, grab it while you can!