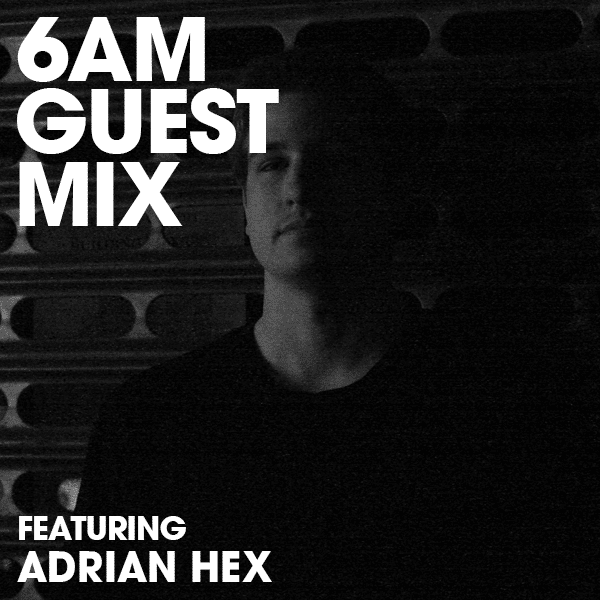 6AM is glad to welcome the upcoming artist, Adrian Hex to this week’s Guest Mix. The Brooklyn-based producer, Adrian Hex has made a striking impact on the NYC underground, making his mark as the next must-watch artist in the U.S. minimal techno scene.

Using a distinct style of his own, Adrian has developed a forward-thinking sound that has taken reign on dance floors around the country. With his pummeling techno-driven baselines and gritty synth textures, Adrian Hex has set the standard for a new breed of producers. Taking influences from artists such as Rene Wise, DEAS, and Re:Axis – Adrian aims to introduce a hypnotic/minimal techno sound to the US with styles more prominently heard in Europe. With his recent offerings on Portugal-based Trau-ma records, it is apparent that Adrian is well on his way to solidifying his place in the techno community around the globe.

“For this mix, I wanted to shed light on some artists I’ve been enjoying lately. With an inclusion of a few of my own tracks, the goal is always to introduce listeners to something different that they might not expect. With a wide range of groove-oriented baselines meshed with guttural metallic tendencies, this mix includes a dynamic that will manipulate any crowd into visceral movement.”

Adrian Hex on his 6AM Guest Mix