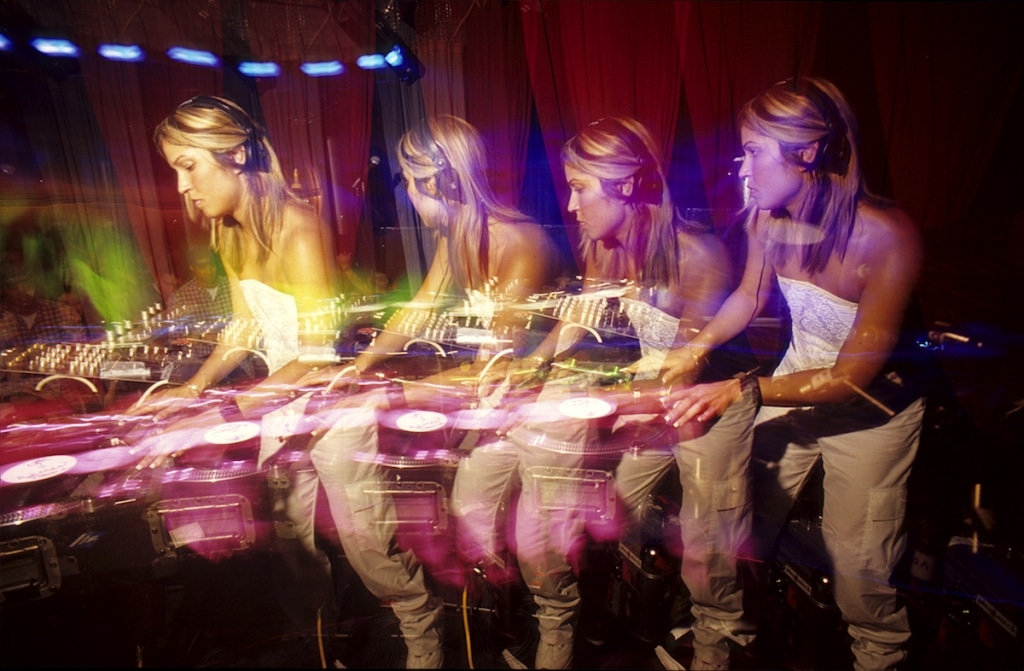 To say that each new year has hit differently since COVID-19 is an understatement. No one has emerged unchanged from these times, and while there’s much to reflect upon, there’s also some room for celebration. Despite the challenges the global electronic dance community faced, it’s still here. Here’s a round-up of six New Year’s Eve parties to close out 2021. Cheers to resiliency and good music friends, let’s keep it rolling. 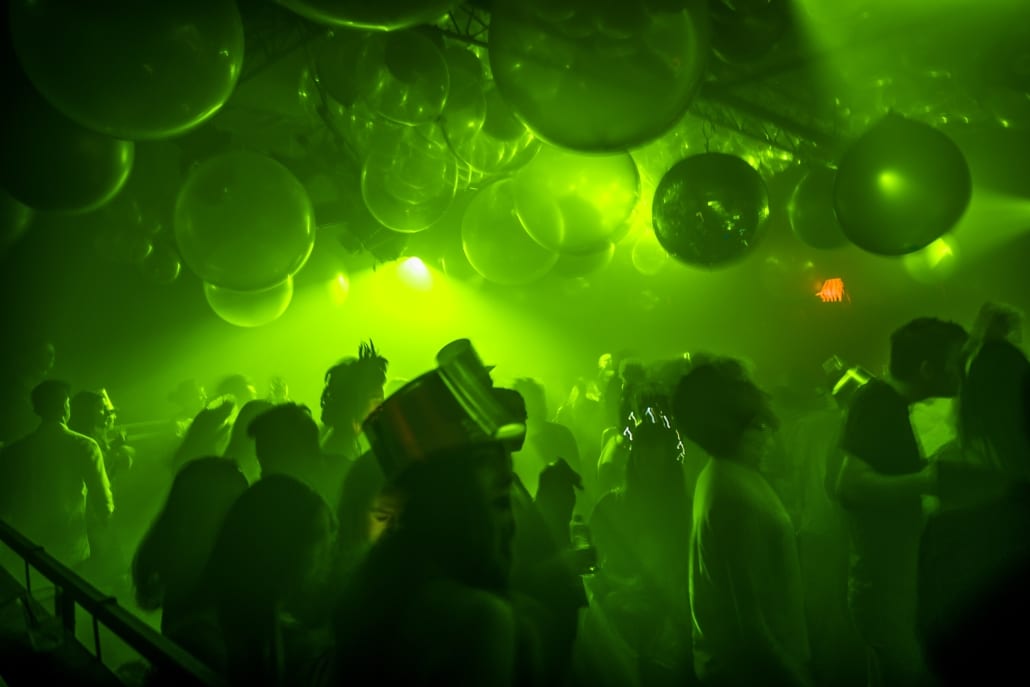 If you free your mind your a** will follow and this New Year’s Eve we’re planning to lose it all on the dance floor.

The iconic New York club Good Room is throwing down with Soul Clap in the Good Room and Love Tempo with Justin Strauss and Billy Caldwell in the Bad Room. It’s the surefire spot in NYC for a night of funk, Balearic, house, acid, cosmic, new wave, and disco. In addition to experiencing a banging party, you’ll be supporting Good Room in its endeavor to stay open. 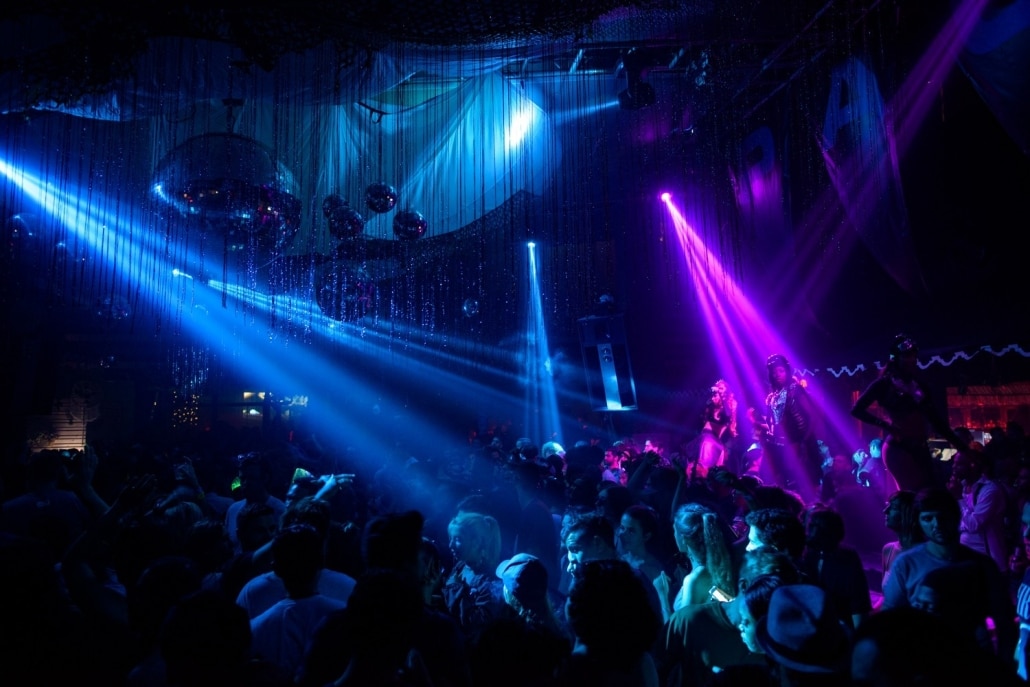 Club Space invites Welsh producer and DJ, Jamie Jones, as well as Crosstown Rebels sorcerer-in-chief, Damien Lazarus, to spin some magic on NYE in Miami. The night will bring in 2022 with a trippy-dippy mixture of house and bewitching electronica. If you’re unsure, go ask Alice. I think she’ll know.

3. NYE with Lights Down Low 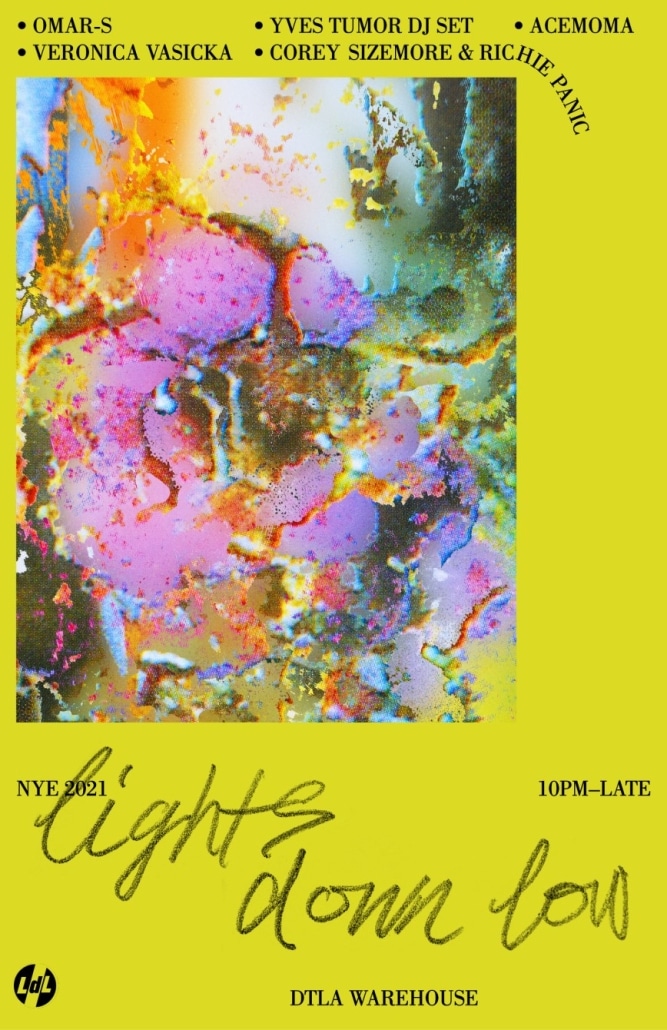 Calling all creatures of the night! California-based Lights Down Low is celebrating NYE with an eclectic lineup. The dance music institution is featuring the no-nonsense Detroit house of Omar-S, the futuristic rave of AceMoMA, Veronica Vasicka’s cold wave-inflected techno and Yves Tumor’s wide-ranging style at a DTLA warehouse. 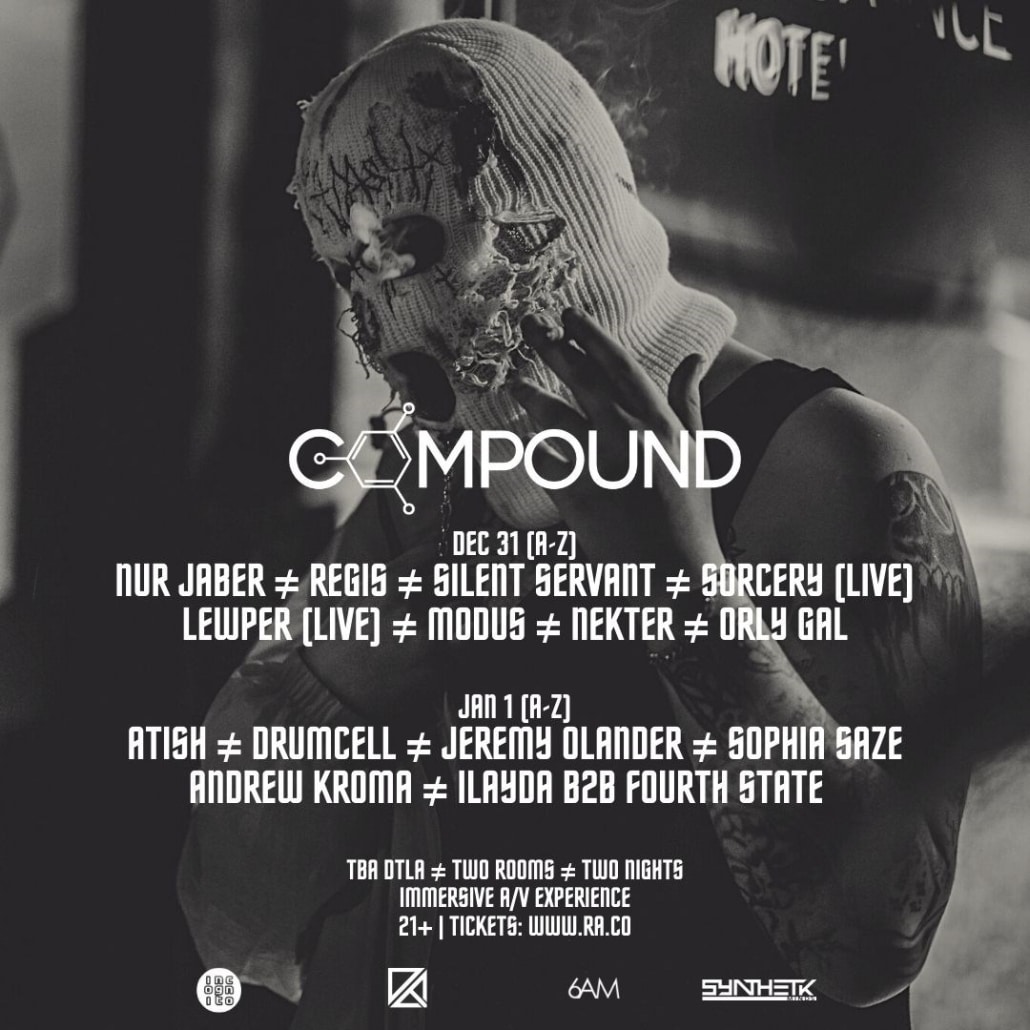 If you’re in the mood for hardcore techno, then warehouse hop to COMPOUND NYE. Shift away from the hype and land on a party that knows how to properly throw down all night long. COMPOUND will be an immersive underground experience across two nights on both New Year’s Eve and New Year’s Day, each of which will feature two rooms of sound and curated immersive audio and visual experience. Trade your glitter in for some black combat boots, it’s about to go down. 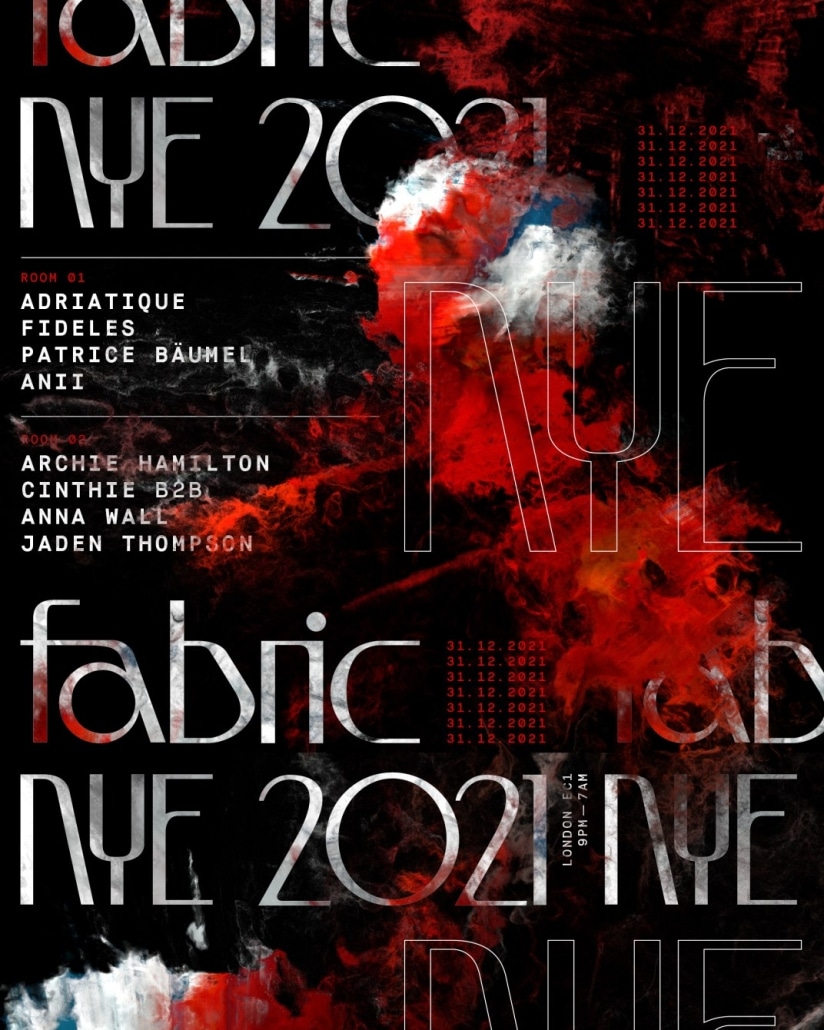 London’s legendary club fabric hosts Adriatique, Fideles, Archie Hamilton, Patrice Bäumel, ANII, and more for NYE. Fun fact, fabric has three rooms and there is a vibrating floor in Room One known as a “body sonic” dance floor. Partygoers can feel the music through the low-end frequencies transmitted into their skeletons via the 450 bass transducers attached to sections of the floor. Woof! The setup is perfect for the lovely hypnotic house and techno being played on December 31. 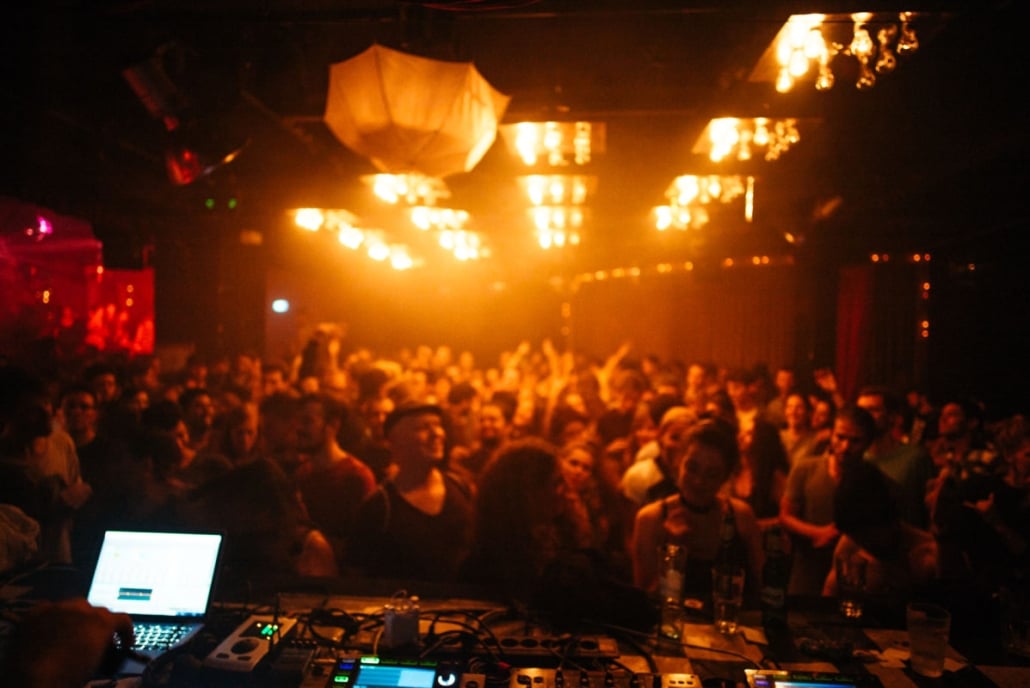 As a preface to this party, the German government has been shutting down clubs around the country due to COVID-19 concerns. As of December 2, non-vaccinated people are no longer allowed in Berlin’s clubs, dancing is forbidden, and clubs in high-infection rate areas may face closure. It’s unclear whether Hippie New Year at Ritter Butzke will actually happen. Fingers crossed because most of Berlin’s New Year’s Eve parties have been canceled.

That’s all folks. Whether you’re celebrating in Los Angeles or London, New York or Miami, or raving in your home, have a safe and joyful New Year wherever you are in the world.