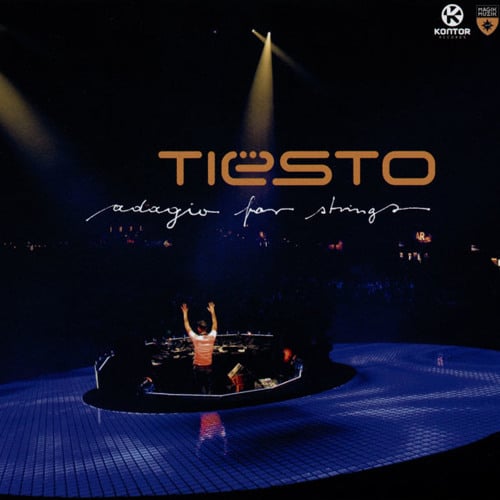 Sometimes the biggest and best electronic dance music pieces need some big bold violin strings to go with them. Orchestral pieces and melodic violin has been used in these techno pieces to create amazing songs. We’ve listed our top five here so you can listen to some of the best uses of violin in techno and house music.

Starting out in the Detroit techno scene, this iconic song was released in 1987. It’s a perfect example of house music that uses melodic violin. The track is instantly recognizable with the piano chords that run throughout it. However, it’s the strings that make the song what it is. They are played in a sort of stabbing motion and they emphasise the first beat of each phrase, giving the song a strong backbone. The strings continue to fill in for each section of the piece in between each hit, backed by a quiet sustain.

The effect of the strings in this song is so powerful because of how the artist decided to layer the piece. The layering has been done with a synth that sounds much like the strings but gives them more of an attack. This makes each hit of the strings even more aggressive and prominent throughout the piece.

The violin has been used so well in this piece because it breaks up the monotony of the piano and definitely keeps the listener on their toes. Because the rhythm is so random it helps build up the anticipation in the song and fills it with emotion that can be felt through the entire song.

Massive Attack released Unfinished Sympathy back in 1991 and to this day it’s still a stand out song thanks to the heavy bass and ethereal sounding melodic strings. As well as its iconic sound the video was a standout hit that made this legendary track even better.

What we’re focusing on in this song is the orchestral section which was originally created using synthesizers. However, DJ Mushroom then went on to change this to real strings because they thought the synths sounded ‘too tacky’. The strings absolutely changed the entire feeling of the piece. It made the sound much deeper and heavier and gave it that depth of feeling that it needed.

The orchestra that was used in this piece were great but it took them quite a few times to get it right because they were behind the beat. This can be very common when syncing up house music with melodic violin. Later it came to light that Mushroom hadn’t quite planned the strings into their budget, so the band was forced to sell their car to pay for the string section of the song.

When the first few beats of this song play out, it makes you just want to get up and dance. DJ Tiesto’s take on Adagio for Strings is truly one of the most iconic dance tracks of all time. All of the beats that he puts with the melodic violin mix brilliantly to make an eight minute long symphony that is truly brilliant. There are very few songs that can receive such a massive reception so many years after they have been made, but this is definitely one of them.

The journey for this piece started back in 1936 when an American composer by the name of Samuel Barber produced the original orchestral piece for Adagio For Strings. Back then he got a lot of attention and critical acclaim for his piece. Tiesto then took inspiration from Ferry Corsten’s remix of the song and he managed to breathe new life into what was once a classical piece. Now it’s a classic techno house song that features and highlights the strings brilliantly throughout.

God Moving Over The Face Of The Waters – Moby

Originally released back in 1995, this song ended up being played at the climax of the film Heat starring Robert DeNiro and Al Pacino. The beautiful piece features soaring strings and delicate arpeggios, making it one of Moby’s best and most enduring compositions to day.

Moby put his heart and soul into God Moving Over The Face Of The Waters, and you can tell when you listen to it because it definitely has some feeling behind it. He started the piece by playing a simple A minor arpeggio on the piano, then layered it by recording it and looping it over and over again. It was these three simple notes that encouraged him to add to the song and make it what it is today.

Next he added in a C major part on a second piano and looped them together. But the piece was definitely missing something. Moby picked up an old string synthesizer and used it to create a long cello part with a slow arpeggio. He quickly realised that strings was exactly what this song needed so he kept going. Moby added in some higher string parts that have almost a filigree to them, combining the high melodic violins with the C major piano arpeggio.

In fact, Moby described his melodic violin parts as ‘naïve angels’ who were ‘watching over everything’ else in the piece. The long orchestral chords fill out all of the areas within the piece that felt empty with just the piano part. Although never intended to be a house or club track, this orchestral piece would soon become a hit thanks to the brilliant use of strings throughout.

Knights Of The Jaguar – DJ Rolando

Knights Of The Jaguar has been hailed as having some of the best melodic violin and strings in house and techno music out there. DJ Rolando took his influence from his American Mexican culture and background, being massively inspired by his father. He then coined the name Aztec Mystic and began launching his own music, infusing his techno vibe with Latin percussions.

DJ Rolando joined the Underground Resistance label and his use of strings in this song was very different to other songs he had made, and from other songs the label released. The song was so good that a German copycat even tried to get in on the action with his song Jaguar. As you can probably guess, the song was incredibly inferior to the original and Rolando eventually sued the artist for copyright infringement.

So there you have it. We hope you enjoyed our list and liked the use of melodic violin throughout. If you’ve got any other songs that feature violin with a house or techno vibe make sure to leave your thoughts in the comments below.