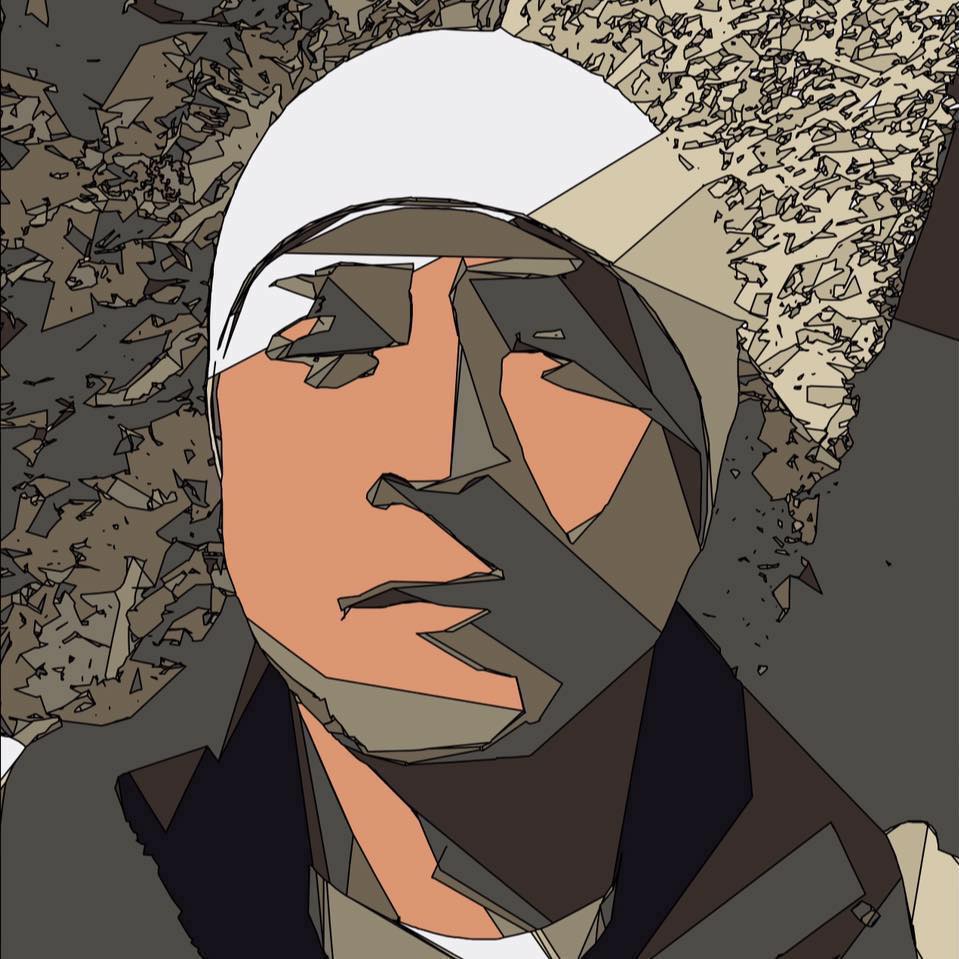 30 and 25, those are the numbers PANIC founder Linus has been DJing and producing respectively. In those years, he’s seen rave culture transform yet also hold onto its core principles. His event series called PANIC started in 2017 viewing it as a platform for greater inclusivity. Recognizing the male-dominated industry, Linus has sought to create an environment representative of rave culture welcoming all people both on the dance floor and behind the decks. A 30-year industry vet, Linus looks back on his inspirations while looking to those artists helping shape today’s scene.

To be honest, I find that the people throwing the parties in Los Angeles are even nicer and definitely more well organized than they were in 1992.

Hi Linus, thanks so much for taking time to chat with us. It’s been quite the year for all of us going through waves of emotions. How have you been riding them?

I am lucky that I have my wife and son to keep me company. We have always lived in major cities but a few months into the pandemic we decided to move to Big Bear (a small mountain town, that is two hours outside of L.A). We consider ourselves very lucky to have been able to move when so many of our friends and family do not have that option.

You’re no stranger to the scene. DJing for more than 30 years and producing for 25. What are some of the things you miss from “old” rave culture? Anything you applaud in current dance music culture?

Everything I love about the dance music scene is still present today. The thrill of chatting to strangers about music is exactly the same as it was when I started going out. To be honest, I find that the people throwing the parties in Los Angeles are even nicer and definitely more well organized than they were in 1992. They seem to appreciate the history of the scene and the people that came before them. The scene seems to be in very [wise] hands because they care so much.

While the U.S. coasts boast talent and attract creatives, the Midwest has had a very important hand in creating house x techno. Having lived in major music hubs, what can you tell us about the dance music and culture in each of those cities? How did living in those places influence your career?

In 1992 I transferred to Ball State University, and I had no idea that I was about to be right in the middle of the Midwest rave scene and looking back it was such a special time. With nothing going on in Muncie (Indiana), we had to create our own fun and we definitely did. I met David Hollands who went on to become a resident at Twilo in New York. I shared a house with Mike Bryant who went on to create the respected Tech-House record label, Intrinsic Design as well as Troy Pierce who ended up on Richie Hawtin’s Label, M-nus. In fact, we brought Richie down to Muncie for a rave we put on called Energizer. A few months later David and I played on the same bill as Richie at a party in a disused parking garage in the dead of a brutal Midwest winter. It was called Feed the Children but has now become known as Freeze the Children.

The Midwest was the start of everything for me, and I took that energy and passion back to London in 1994. By then the dance music scene in London was in full swing. I was very lucky to meet my second rave family when I became a resident DJ for the infamous sound collective known as Sancho Panza. It was there that I got to experiment with various musical styles at their legendary stage at the Nottinghill Carnival. Playing to 5,000 people was crazy for a 22-year-old. I was lucky enough to do that for seven years straight.

During those years I had a residency with Howie B. at the Paradise. I [also] opened a record shop [called] Vinyl Addiction with Justin Rushmore, founder of Finger Lickin Records and one half of ‘The Soul of Man’. In 1999 I created the Slynus Record Series that featured a techno bootleg on one side of each release. The first one featured the guitar lick from “Groovejet” by Spiller, and it was played for five weeks straight on Pete Tong’s Essential Selection. The series ended up selling over 50,000 records. My first original release under my real name was called ‘The Shifter,” and Carl Cox made it his tune of the month. He played it at the Love Parade to over 200,000 people. All of those moments would not have been possible if I hadn’t cut my teeth in the Midwest rave scene.

During those years based in London, I would frequently travel to New York City where David, Mike and Troy were all living. I got to experience two scenes at once, and it was totally electric to be a part of both.

When you find something that connects you to other people, don’t let go.

For Linus, that’s been music.

The Funk in Techno

Speaking of influences, your event series PANIC was motivated by a few pinnacle moments in your life. Can you tell us about those?

There were three musical experiences that shaped my sound more than any others:

*Every set I have ever heard Laurent Garnier play. From Industry in Detroit in 1993 to all of his sets at London’s best club The End.

*Roni Size at Twilo in 1999. He taught me all about layering stone-cold percussive grooves on top of one another.

For anyone who’s never been to one of your PANIC parties. What can they expect from attending?

PANIC was all about taking the lessons from the sets above and doing my damndest to recreate those life-changing events. For the longest time, techno was such a male-dominated scene and from the outset. I knew I wanted to create a night where women would feel welcome to dance and where women would want to play. I was lucky enough to connect with Sarah Strandberg who became our resident for 2018. She helped me find Onyx, Mojave, Trovarsi, Orly Gal and Annika Wolfe.

They brought a vibrancy to PANIC for which I will always be grateful. The music and the crowd always had to be on point but it was our space that made us stand out in a bursting scene. We were lucky enough to call Essex House our home for almost two years. Created by Jesse Trott, it had the vibe of a nightclub but in a unique indoor and outdoor warehouse in the heart of DTLA. Attendees can expect to dance a lot to music that grooves in a unique atmosphere. Good People Dancing to Great Techno.

As any of us know, it’s not just the music we’re missing out on. The social fabric of our scene is equally important and hugging total strangers is a great feeling. If we can’t do that without a fear of dying then it’s best to stay at home until we can.

On Raving During COVID-19

What about DJs who’ve played? What kind of experience are they in for?

Finding DJs who can play the Techno I want to have at our PANIC events hasn’t been easy but I am very fortunate to have been able to call upon some great talent that I’ve met over the years. Some standouts include Woody McBride, Bushwacka!, John Selway, Mr. C, Bryan Zentz and Jamie Anderson. I’ve also been extremely fortunate to have my good friends from Terrakroma, Armando and Andrew partner with me for numerous events. They have been throwing parties in L.A. for 15+ years and their contribution to PANIC can never be understated.

A DJ can expect to find an open-minded crowd that is friendly, happy, and above all else, is ready to dance.

With about three years under your belt doing PANIC, it’s still a fairly new concept compared to some other event organizers’ presence in the LA-scene. What’s been important for you and the event series to keep in mind during COVID-19.

It’s been important for all of us to NOT throw any parties! Why would we want to jeopardize ourselves, our friends, our families, and our guests? And how could anyone really enjoy themselves when COVID-19 is all around us? As any of us know, it’s not just the music we’re missing out on. The social fabric of our scene is equally important and hugging total strangers is a great feeling. If we can’t do that without a fear of dying then it’s best to stay at home until we can.

You’ve created a mix to capture the spirit of PANIC. Who are some of the artists you featured and what would you like the listeners to walk away with after giving it a go?

As I mentioned above, Techno for me is all about endless funk filled grooves. In many ways this mix which was recreated from our ‘Techno with a Twist’ (T.W.A.T.) event is a greatest hits of all the previous PANIC events. The tracks featured are usually only 8 bar loops that are layered to create the vibe that I’ve described. Using 4 decks with Traktor has allowed me to take a House Bass-Line and layer it underneath an Industrial Techno track creating something that I hope is unique.

For the best example of what I am talking about, skip to 17.28 in the mix. It is a perfect example of 4 tracks (loops) all rocking together to create a vibe that makes you move every part of your body.

Are there any newer artists you feel are on the brink of launching to that next level in their career? Anyone people should keep an eye out for?

In some ways finding new music is incredibly easy but also incredibly frustrating. There is almost too much music to sort through and it can almost become paralyzing. Instead of mentioning new artists, I’ll introduce you to two people who I’ve met through PANIC.

The first is our outdoor resident in 2019, Timothy Smith aka Zaya and the second is David Andrade aka Mig 35. Each of their styles is quite different from mine but it is their spirit and their personalities that drew me to them. I see the same desire to connect and share their music that I had when I was starting out. Their love for the scene seeps out of every pore and it is very energizing to be around them and see them on social media doing their thing.

Life is difficult. When you find something that connects you to other people, don’t let go. For me, that is music and more specifically Techno. There’s nothing I like more than being in a field surrounded by like-minded people enjoying music with love in their hearts.