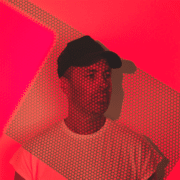 If Serge Santiago isn’t a name you recognise straight off the bat, we guarantee you’ll know his work – whether that’s as one half of Waze & Odyssey, or through other projects he’s been involved in over the years like Radio Slave.

One of the UK’s most prolific producers, Serge is back with big plans and a stack of new music to share, but to warm things up is a re-release of his 2005 house classic ‘Atto D’Amore’ – complete with remixes from Detlef and Sophie Lloyd.

Read on and turn up to get down:

END_OF_DOCUMENT_TOKEN_TO_BE_REPLACED 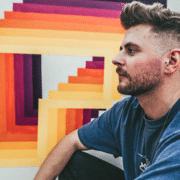 Bursting onto the tech house scene with captivating energy and infectious groove in his musical flair, Latmun has rapidly risen to become one of the hardest working producers in the industry.

Since 2016, the DJ Mag award-winning producer landed releases on a long list of heavyweight labels including Hot Creations, Lost Records, Relief Records, Repopulate Mars, VIVa MUSiC, Wow! Recordings and more. His hard work extends beyond the studio with an intense touring schedule involving a Paradise residency as well as billings with ABODE, Elrow and Solid Grooves. The British producer has captured the attention of some of the world’s top clubs such as Amnesia, DC-10, EGG London, Output, Ushuaïa and Warehouse Project.

With a b2b set with Detlef at ANTS coming up on the 24th August, we asked Latmun to share his five current favorite tracks.

END_OF_DOCUMENT_TOKEN_TO_BE_REPLACED 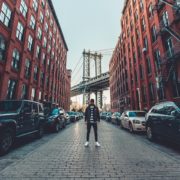 One of Switzerland’s most exciting up-and-coming talents, Bobby Shann is a name you can expect to hear a lot more of over the coming months, starting with a blistering, progressive roller in the shape of ‘Frame Of Mind’ – the first single taken from his forthcoming debut album.

An intricate, progressive cut which flows effortlessly over a rolling bassline punctuated by groovy, precise percussion. Glitchy vocal samples punctuate the breakdown before the energy is ramped back up to continue the driving power that makes ‘Frame Of Mind’ a firmly “peak-time” selection.

A mature and considered production, Bobby Shann doesn’t rely on the obvious drops and tropes which can be found in abundance across the tech and house genres, instead focussing on creating a track which embraces groove and energy in every way. The first track from his forthcoming artist album, it’s a serious statement of intent for the bigger story which he’s ready to tell:

An established name in the local scene and a weekly resident at Zurich’s Kaufleuten club, Bobby Shann is of the old school mindset where learning your trade and understanding the genre from the ground up is an integral part of laying the foundations for a long-term career. With disco and hip hop influences permeating his productions, the debut album is more than just a collection of tracks, but instead tells the story of a dedicated artist with an uncompromising vision. ‘Frame Of Mind’ is chapter one and an electrifying way to begin the journey – expect to hear it on dance floors and terraces all over this summer.

We are proud to be premiering the Official Video for ‘Frame Of Mind’ and took the chance to grab a chat with Bobby for the occasion.

END_OF_DOCUMENT_TOKEN_TO_BE_REPLACED 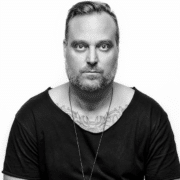 Drumcomplex, known for his releases on Eat’s Everythings “Ei8ht”, Monika Kruse’s “Terminal M” and Andre Crom’s “OFF Recordings, returns to his own imprint with another arresting production entitled “Hear My Sound”, a hard-hitting release that will light up just about any dancefloor it’s unleashed on.

Functional yet catchy, it encapsulates the German producer’s main ethos by showcasing a straightforward, spellbinding groove accented with a powerful vocal loop. Splattered with bleeps and fizzing synths, it keeps its dynamic factor on both tracks, whether the mood calls for a vocal or simply its robust, engrossing instrumental. 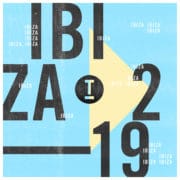 Over the last few months, the amount of quality music released, unearthed and championed by Toolroom has been, quite frankly, ridiculous. So in a break from tradition, the UK’s finest electronic music imprint has announced a second volume of its coveted Ibiza compilation.

Toolroom’s Ibiza compilations are already stuff of legends, responsible for soundtracking thousands of music fans’ summers both on and off the White Isle. But this year there was simply too much music to put out just one collection, so for anyone craving another dose of beats, basslines, poolside anthems and club-ready cuts, summer 2019 is looking up.

END_OF_DOCUMENT_TOKEN_TO_BE_REPLACED 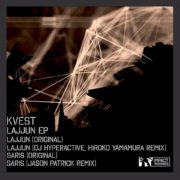