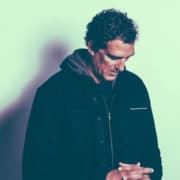 Despite early sporting success as an NBA basketball star, music has always been Rony Seikaly’s passion. The Lebanese/American DJ and producer has played every major club worldwide and has shared the stage with luminaries such as Marco Carola, Damian Lazarus, Guy Gerber to name a few.

Since 2010, he has released on labels including Suara, Saved, Yoshitoshi Recordings and many more. Last year he began his own Stride Records imprint, and continues to run his radio show ‘Sugar Free Radio’, now in its sixth year.

He recently released a documentary on his life with CloseUp360, which really showed the amazing journey he’s had, from war-torn Beirut to Global NBA Star, DJ, Producer and Real Estate Mogul. He’s worked incredibly hard and that has paid off.

A Miami resident and a Miami lover, Seikaly shares his favorite spots in the 305. Watch Rony Seikaly’s documentary with CloseUp360 here and read on for his Miami picks below!

END_OF_DOCUMENT_TOKEN_TO_BE_REPLACED 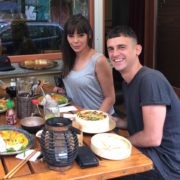 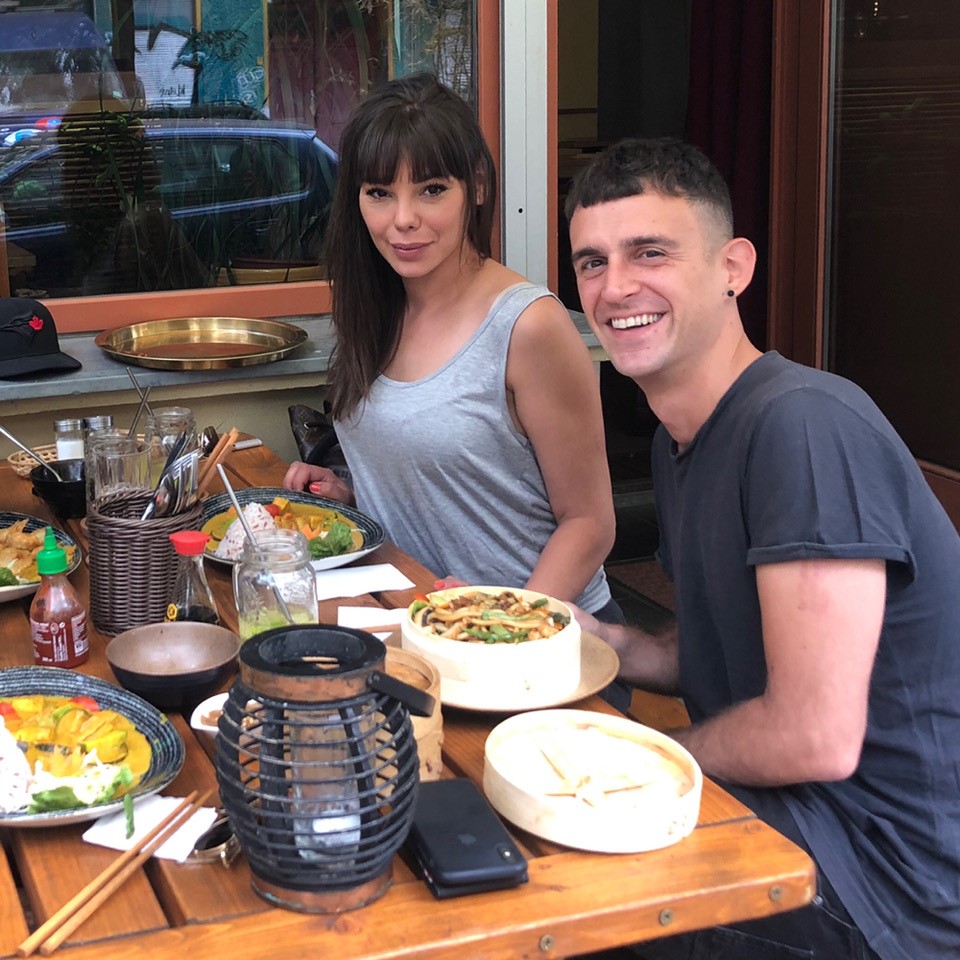 PLAYdifferently MODEL 1 ambassador Fabio Florido joins the Kuukou family bringing his unique flair that has captivated crowds around the world and has graced labels such as Richie Hawtin’s Minus and Plus8, among others.

“Bound: kicks off with a rumbling bassline, accented by bulky drums that take center stage. The track glides between percussive and melodic sections with ease, keeping spirits high throughout the changes.

On a lighter, yet still dancefloor-ready note, “Twilight” perches along atypical sound bites reminiscent of a tropical aviary on a backdrop of concrete-heavy kick drums and a topsy-turvy bassline.

To celebrate the release, we have asked Fabio and Simina to do a different kind of interview than usual. Instead of us asking them questions, we had them interview one another. Here is what they had to say:

END_OF_DOCUMENT_TOKEN_TO_BE_REPLACED 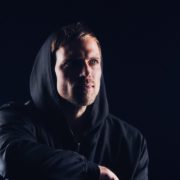 Rocko Garoni might be new to Second State, but he’s already made an indelible impression. If 2018’s Detection EP marked the respected Berlin DJ as a producer to watch, his sophomore Second State release entitled Phobia confirms him as an electrifying new talent.

Having made his mark on important clubs and festival stages across Germany and as far as the Netherlands, Israel and Brazil, Garoni has a well-trained ear for what works on the dancefloor. He deploys it to devastating effect on the Phobia EP.

END_OF_DOCUMENT_TOKEN_TO_BE_REPLACED 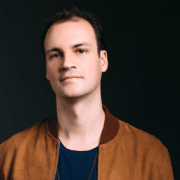 Husky drops Only One Way on Bobbin’ Head this August: an impressively produced choral number, uniquely remixed by Michael Gray and Simon Field.

“Only One Way” is an uplifting track with beautiful harmonized vocals by Brazen layered on top of warm synths; intercepted by several high pass filtered breakdowns that give the track a mysterious edge.

END_OF_DOCUMENT_TOKEN_TO_BE_REPLACED 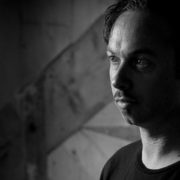 London-based Ian Axide who originally hails from North-Western Spain, is already known as a powerful DJ and producer. His trademark sound is strong but yet, trippy bass lines which makes it impossible for anyone to stay still on the dancefloor! We are happy to welcome him on Devotion Records with his new EP Static, showcasing 2 peak-time bombs and a sensationally ambient intro: from heaven to hell within few minutes!

END_OF_DOCUMENT_TOKEN_TO_BE_REPLACED 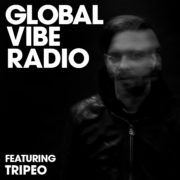 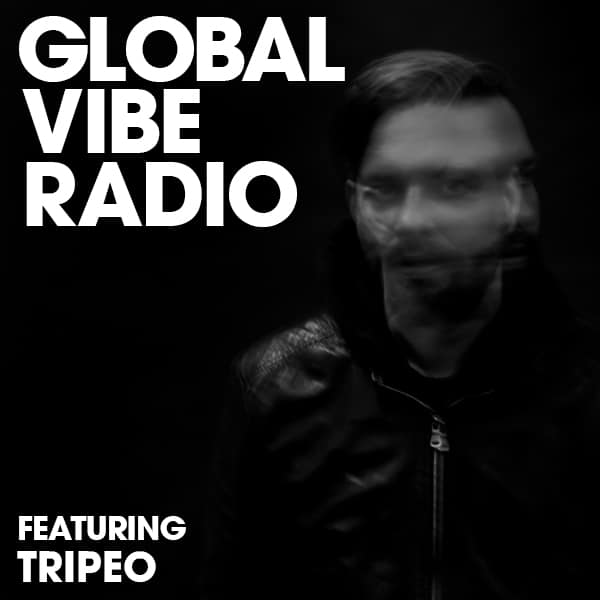 This week’s episode of Global Vibe Radio is a full recording of Tripeo’s 4-hour techno set at TAG in Chengdu, China on Feb 23rd of 2019.

A soundtrack for dark cellars and strobe filled clubs, molded from a pure and uncut techno template. That’s what Darko Esser’s Tripeo alter ego is only and all about. His ‘First Trip’ debut at the end of 2012 took the techno scene by storm and received massive support from key figures around the globe. Now that the dust has started to settle down, it has become clear that Tripeo is here to stay.

END_OF_DOCUMENT_TOKEN_TO_BE_REPLACED 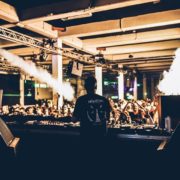 Born and raised in Holland, running the hot seat over at DREEF is techno master, ADIN. Often known by many as Baggi, recently releasing on Loco Dice’s Desolat, you can now familiarise yourself with his prolific alias, ADIN.

Recently the experienced producer turned out on HOSH’s Fryhide, with several more where that came from.

Here is what went down when we discussed everything ADIN.

END_OF_DOCUMENT_TOKEN_TO_BE_REPLACED 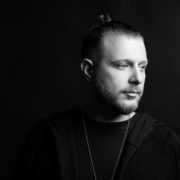 Canada’s Atroxx is set to release a massive forthcoming collaboration with fellow Montreal based producer Mike Laz on his own label Starskream on August 23rd.

The collaboration between Atroxx and the up-and-coming techno producer will be the seventh stellar release on Starskream. Named after Slipknot’s DJ Starscream, the label has a similar ethos to the heavy metal juggernauts with a focus on menacing, bass-driven, unapologetic techno.

The new title-track “Between Realms” is yet another slamming track bearing testament to Starskream’s reputation as a platform for world-class techno. The EP opens with the “Relentless Mix”, a brooding, atmospheric techno odyssey. Twitchy, foreboding synths drive through the thunderous bass until a monumental midpoint drop which carries the track to its colossal conclusion.

END_OF_DOCUMENT_TOKEN_TO_BE_REPLACED 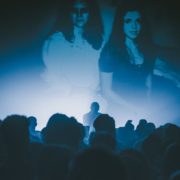 Anyone who follows 6AM Group both here on our site and on social media knows just how much we love the Intercell parties that take over the H7 Warehouse during Amsterdam Dance Event (ADE).

With a focus on the harder, ravier and more discernibly underground styles of techno, the Intercell brand has built a reputation for itself as one of the leading techno event series at ADE, and that is saying a lot given the stellar company they find themselves in every year.

END_OF_DOCUMENT_TOKEN_TO_BE_REPLACED 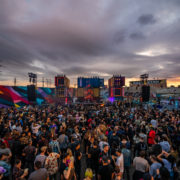 On October 12-13, Secret Project will return to Downtown Los Angeles for the sophomore edition of its cutting-edge music experience. Nestled within the creative hotbed of Chinatown’s Naud Street, the event will once again offer globally leading soundscapes set within one of the country’s most unique urban locales.

Secret Project paired Los Angeles’ tastemaking electronic music scene with some of the world’s best selectors in 2018, uniting a global community and creating a forum to showcase avant-garde and esoteric strains of electronic music in the heart of LA. It was the first event of its kind in the city, and those who attended enjoyed something unique in Los Angeles.