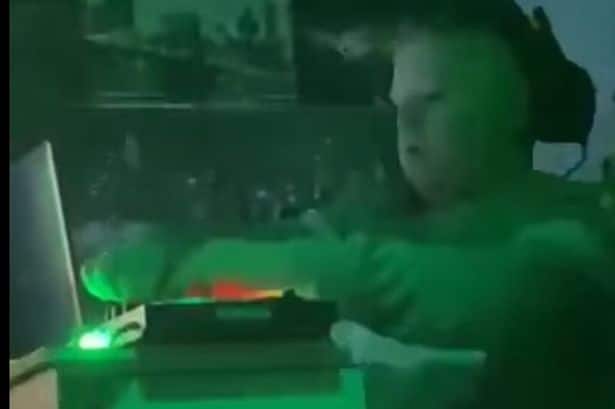 Start them young they say, and that couldn’t be further from the truth for the 12-year-old boy in the United Kingdom caught organizing his first-ever rave… and in the school toilets no less!

Unfortunately for the young lad, as a result of his actions his DJ equipment, speakers and disco lights were confiscated.

Cael Bell got on the decks in the boys’ bathroom at dinnertime of Friday December 11th, after which teachers busted the parties as you’d expect. The 12-year-old had promoted the rave, which he held at St Antony’s Catholic College in Urmston, Manchester, with posts on Snapchat. The posts in the week leading up to his performance included the time and date of his DJ set and the guest list included the “whole of Year 8 boys”.

But Cael didn’t stop there, and as a good promoter would do, he made sure to take care of his attendees by handing out Cadbury Twirls (chocolate candy) and bottles of Lucozade (soda/pop).

We are sad to hear that half an hour into the set from the 12-year old aspiring DJ and promoter, staff at the school shut the rave down and took his equipment off him before calling his mum, Louise Bell, and telling her what they had discovered. Luckily she was a good sport about it and shared a photo of a guilty-looking Cael getting in from school, looking like he was expecting a telling-off.

Speaking to LADbible, Louise said: “I waited for Cael to get in from school. I was ready to take the picture as I knew he wouldn’t let me, so I had to snap him quickly. “Cael said he had a great time – so did everyone else until the teacher came in screaming, ‘Turn that off now.’ I asked him lots of questions, told him he wasn’t in trouble at home with us.” 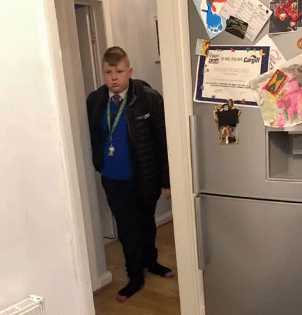 Louise posted the photos and videos on Facebook, writing: “Just had a call from Cael’s school.

“He had organised a rave in the boys toilets at dinner time invited all the boys from year eight so he has now had his speaker and lights confiscated.

“Am I wrong for finding this funny.

“Well he’s home, I’ve asked him about it whenever lets me down this boy…

“He advertised on Snapchat a week ago and posted date time etc. They handed round Cadbury’s Twirls and Lucozade. It lasted 30 mins before getting shut down.

“I might ask to see the video footage, sounds good. I haven’t managed to get my hands on the actual footage just yet but hold tight people I will.

“I’ve posted a few old videos of Cael DJing in his room for now to give you all an idea of what he gets up to.”

Louise added: “He’s certainly made a lot of people laugh smile, which makes us proud parents that our son can do this.”