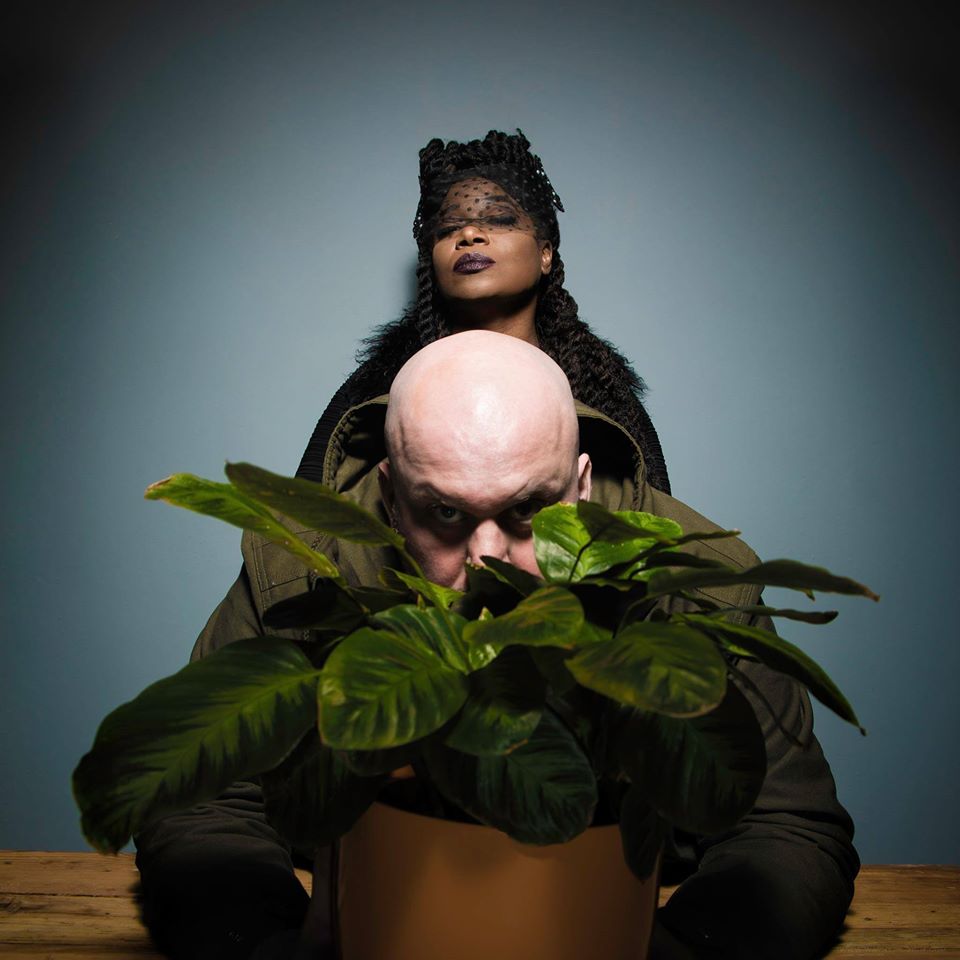 Last week we announced the unveiling of Tableland, a new project from the creative mind behind Girls of the Internet. Today, we reveal 11 influential techno artists that have shaped Tableland’s sound.

The launch of this new techno-leaning project came off the back of their Syrup LP, that picked up vast amounts of support from the likes of Mary Anne Hobbs, Tom Ravenscroft, Lauren Laverne, The Black Madonna, Joe Goddard, Axel Boman, Mark Broom, and many more. The project kicks off with Where Techno Come From, a six-track release that the artist is self-releasing on his eponymous label, from which we premiered a track on our SoundCloud channel.

Interested in what inspired the launch of Tableland, we asked him to share 11 influential techno artists that have had an impact on him and his sound.

It’s so hard picking just one DJ Rush track. Rush is one of the most unique voices in techno, and it’s so strange he’s not more revered in a lot of techno circles. He’s one of the founding fathers, and he’s a leading light in my favourite period of Chicago house – after the spotlight moved in the UK, and Chicago went back to the underground and really honed the sound we still listen to today. His productions are like nobody else, with his weird synth work and offbeat snares. I love it when he gets on the mic too – go listen to Call Boy by Russian Roulette, it’s amazing.

Mark Bell is known mainly for his work as LFO and production for Bjork, but I love him for his techno stuff as Speed Jack on R&S, Counterpoint on Damon Wild’s incredible label Synewave, Fawn on Novamute, and one of my favourite releases of all time; Lofthouse EP by Clark on Planet E. Mark’s productions are just so funky and trippy and are always the highlight of any set when I play them. He tragically lost his life in 2014 aged just 43, and is a giant in electronic music.

I love Chicago techno, and you can’t talk about Chicago techno without Robert Armani. I think more than anybody, Armani was the one who brought the sound from the early Chicago house sound, into the harder sound of the ’90s. The fact that Circus Bells was released in 1990 is mind-blowing. Ambulance was released in 1991 – which is equally mind-blowing.

Talking of Chicago techno, nobody owned the 90’s like Green Velvet. not only did he run my favourite 90’s house label, he also ran my favourite 90’s techno label. On top of that incredible feat, he also produced some peerless music. That run of music from 1993 to 1999 is just incredible; he effortlessly dodged house and techno convention, while making an incredibly cohesive body of work.

A few miles away in Detroit, Daniel Bell was pioneering that minimal bleepy sound alongside Richie Hawtin and John Acquaviva. He was prolific as a solo artist between 1992 and 1994, but then seemed to stop at his peak. I guess running his labels took over, but he still remained active. I am a huge fan of his Button Down Mind mix CD series. His old records still blow me away.

Peacefrog’s techno records had such a wicked, weird vibe to them, thanks to the transatlantic mix of DBX, Dan Curtin and Todd Sines, and Luke Slater and Neil Landstrumm. The label got much more housey after 1995, which is no bad thing, but there is something magic about that techno period of the label. Luke’s Planetary Assault System project is just amazing even now; those first 3 albums on Peacefrog are so good, but the early EP’s are so sick! Luke is insanely prolific, and there are so many tracks I could have picked here (The Secret Garden is a favourite, and the Freak Funk album is so nuts), but this track is probably known best today from Thomas Bangalter hammering the fuck out of it in recordings of his DJ sets from the ’90s.

I first discovered Cristian Vogel through his Absolute Time, Body Mapping and All Music Has Come To An End albums on Tresor, and they blew my tiny mind. It was completely different to the loopy techno I knew from the clubs, but it still sits very firmly as club music. After devouring his stuff on Tresor, I began picking up other releases and projects on labels like Mosquito and Ferox. I don’t want to call it intelligent techno as he’s often labelled, because it’s so stupid, but I think that’s what makes it great.

Claude Young is hands down my favourite DJ. How he touches records is magic – it’s a real shame we don’t get to see him playing in Europe very often. He’s known for being an incredible DJ, but he is such a great producer too – his housey stuff as Low Key, and the Brother From Another Planet EP’s especially, but this one is amazing. I first heard it on Carl Craig’s DJ Kicks, and it’s just wicked as fuck.

For me, Jay Denham is the link between Detroit and European techno. Again, somebody else who is criminally underrated, but absolutely amazing. Check his work as Vice, Fade II Black, Blackman, Defenders of the Ghetto, Psychic Warfare & everything on his label Black Nation. This track is nuts.

Normally, producers make their most exciting music early in their career, and then it’s a slow decline into the contrived and boring – apart from Hieroglyphic Being. Next to maybe Pepe Braddock, he’s the only producer I can think of who has kept such consistency in the urgency of his music. There are so many tracks I could have chosen here, but I chose this one.

I can’t do justice to how amazing Moritz von Oswald and Mark Ernest’s work as Maurizio, Basic Channel and Rhythm & Sound is with words – I could have picked literally anything from their discography here. Just go and listen to it, it’s so fucking sick. They started a whole genre of music for fuck’s sake!

Thank you for checking out my 11 influential techno artists.

Where Techno Come From Tracklist: