10 Speed House Artists To Get You Moving 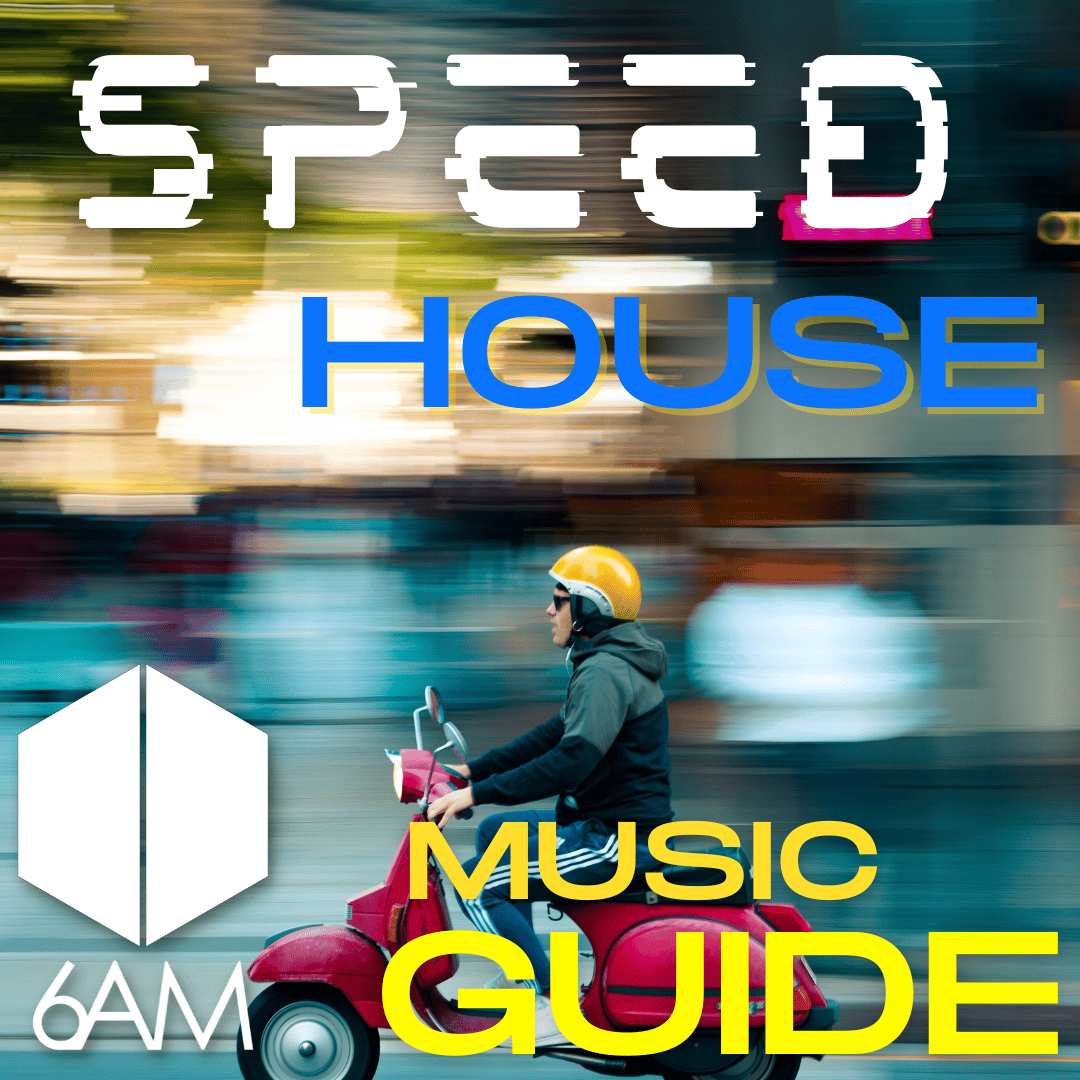 10 Speed House Artists To Get You Moving

Welcome to speed house- The house subgenre that is sure to get your heart and feet moving while fulfilling your 4 on the floor edm needs. High energy feel good music with fast paced drums and wild drops is what’s to be expected. So hop on board with us here at 6AM as we dive into some key artists and tracks in the speed house scene.

What Is Speed House?

Speed house can be described as the birth child of bass house and hard house UK speed garage all crossed. Producer and DJ,  Haus of Panda, has been credited with pioneering the subgenre while capturing the attention of the scene and forging a new sound for modern ravers: speed house was coined in 2017 spurring a worldwide movement. Well known figure in the scene, Tommie Sunshine, was very intrigued by the new sound and ultimately helped usher the sound to the level it reached today.

With more regional influences being found depending on the artist’s geographical location.  These tracks usually contain a high BPM, which ranges between 140-160, your classic house drum machine sounds, and usually some sort of catchy bass line (could be UK garage style, or American style dubstep, or even festival style bass house).

The genre tends to feature an intro, a long buildup, and a drop as the main attraction of the song. Much different than that of its parent genre house, the build ups are super high energy and in your face. Usually with a long snare roll (sometimes pitch is increased the closer to the drop), accompanied by a squelchy distorted feel good  lead usually with  some increase in pitch modulation as well. While reverb washed out pads swell and rise up until you reach the drop. The drop can have such a wide range of bass sounds in it and be laid out with nuances from many different different genres. Repetitive vocal loops push along drop as well as add to the flavor of the buildups. Lets get into some artists that continue to push the sound.

Tommie Sunshine is a huge name within the electronic music scene and the speed house community. His well-known remixes and tracks date back to the early and mid-2000s as he continues to release quality records today in 2022. His label, Brooklyn Fire, has over 500 releases and is known as a good jumping-on point for new artists trying to enter the scene.

Tommie has been involved in music for over 3 decades and has a great deal of respect within the community. Tommie gravitated to Haus of Panda and the speed house sound after hearing one of his tracks in a club. Tommie gave the sound its home on his Brooklyn Fire label. Panda and Sunshine have teamed up to continue pushing the genre’s boundaries.

Haus of Panda is the creator of the speed house sound. Clashing together hard house and bass house he has forged his own signature fast and hard style. His continued effort into the speed house community has helped the genre gain its own Beatport genre page and caused him to start his compilation mix called “Speed House Movement”. With the backing of the Brooklyn Fire label the mix is now on its 3rd volume and continues to feature new up and coming  tracks and talent.

Haus of Panda “The Power”

Danny Time’s music has been played across EDC Las Vegas, Groove Cruise, UltraMusic Festival, Insomniac Radio, and Flex FM in the UK. A Columbian house producer, DJ, and songwriter living in Orlando, Danny TIme has the support of major acts such as Tchami, Matroda, Morgan Page, Golf Clap, and Will Sparks.

WHKRS is a Czechnian producer, DJ duo that has been around since 2015. Well known and appreciated mostly thanks to their energetic sets completed by their own edits of popular tracks together with strong bass drops their sets swift bass house with elements of dubstep and happy hardcore  creating a creatively unique sound. WHKRS performed on a countless number of events and they are one of the most requested DJs of Czechia. Also they play annually at major Czech events like Macháč Festival, Air Festival, Bolevák Music Festival and regularly in top Czech clubs like Duplex Prague, Retro Music Hall, Denoche Music Hall. All while balancing more gigs across Europe in such places as Germany, Austria, and the Netherlands.

Use Caution’s debut single featured below, sprung her on the map to being one of Australia’s fastest rising dance music acts. She has continued to grow and receive support from such notable acts as Laidback Luke, Krewella, and Tommie Sunshine.  This track was a collaboration with the man himself, Haus of Panda. Keep an ear out for the psy style bass at around 2:28 into the video.

Texas native Grinn combines a plethora of musical influences and fuses them together to create fun high energy electronic music.

KeyJoy now also going under the moniker Velasco has put out some speed house heat. Check out his other moniker for some other styles.

Austrian born producer and DJ, Denizer has been on the grind since 2013. Staring with more of a future bass style, he grew his sound to a more bass house feel before landing in the speed house realm. With releases on Tommie Sunshine’s label Brooklyn Fire.

LA native SWAGE, carved out a name for himself producing hard hitting bass house, breakbeats, and dubstep while touring as support for industry heavyweights such as NGHTMRE, Ghastly, and Riot Ten. He brings high octane energy with his signature breaks and bass. His featured track below features a sample from a famous part in the movie Scarface.

Legendary Florida producer There It Is was originally part of a producer trio called Team Jaguar. His first solo ep was released on Brooklyn Fire, in 2020, and peaked at number 2 on Beatport Breaks Chart. His music has been featured on BBC Radio One’s “Diplo and Friends”, EDC Las Vegas playlists, and Cratedigger Fridays (both Spotify playlists).

There It Is “Rave or Die”

Speed house has grown from a large variety of other genres in the electronic music scene demonstrating one of the most unique aspects of producing EDM, creating your own unique sound. Whether you get down with speed house or not the level of production and dedication can be seen from these producers ultimately continuing to help grow the scene and push the boundaries of creativity. Continue to stay up to date with all your electronic music needs with us at 6AM.