10 Electronic Music Artists to Listen to While Studying 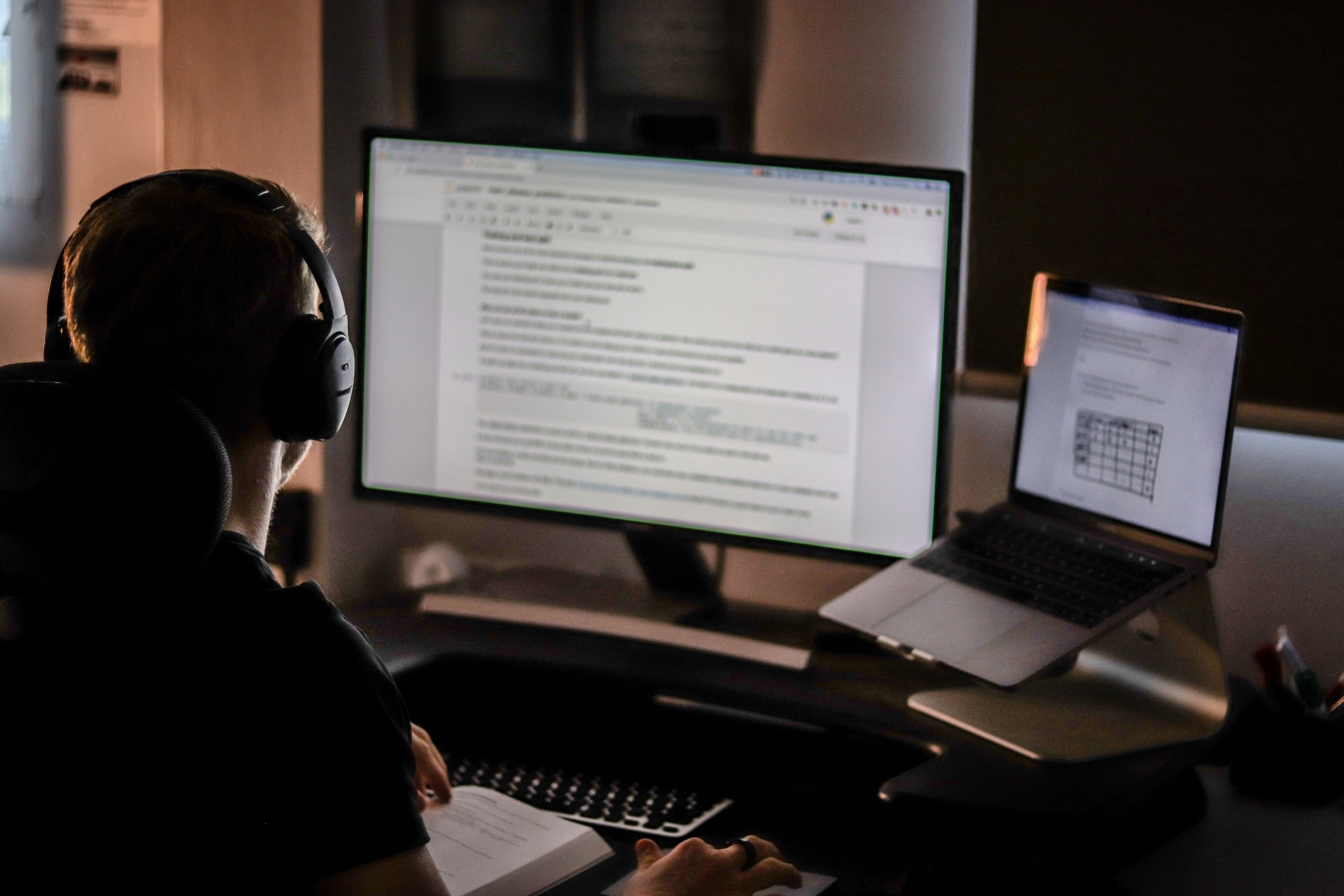 10 Electronic Music Artists to Listen to While Studying

Music can be effective when studying because it increases concentration levels and keeps you motivated.

There are different genres that have been hailed as the best ones for studying and electronic music leads the pack.

Underground electronic music has different subgenres that you can listen to while studying, from slow instrumentals to faster-paced tracks with higher BPMs. If you are keen on listening to underground techno and house music while artists but don’t know the best artists, here is a list of 10 artists to press play to next time you’re studying.

Four Tet is the electronic outlet for the solo work of Kieran Hebden, an eclectic musical project whose musical output in terms of releases and DJ sets is as eclectic as they come.

Fusing hip-hop drum lines with dissonant jazz samples, techno basslines and even pop-laden vocals, Four Tet’s mixes are ideal for listening to in more chilled environments or when you need to concentrate.

Hydrangea is a French deep and atmospheric techno producer and DJ whose soundscapes are tightly interwoven with her love and passion for everything that is nature.

Her spell-binding sets take listeners on a journey, transfixing them while also allowing the to concentrate and think

Hungry Music is a French imprint that has been breaking the walls of music genres for years. With renowned artists the likes of Worakls, N’to and Joachim Pastor at the helm, Hungry Music is responsible for releasing dreamy and floating electronic music tracks ideal for studying scenarios.

If you are also someone who strives for the highest quality when it comes to your assignments, professional team of essay helpers at Edubirdie is worth a try. It helps you with writing winning assignments that can boost your grades in college.

Put on any mix from either of these three artists, or best yet, play our Global Vibe Radio mix episode featuring all three!

The creativity of Forest On Stasys is Influenced by tribal minimalist techno in the nineties and the deepest and most abstract techno currently. In his tracks the most seductive elements are the use of resonant basses perfectly combined with long and reverberated pads, extensive sonorous landscapes that are modified by continuous movement of LFO, solid grooves and strident percussions.

Put on one of his mixes in the background and you’ll be set!

Steyoyoke label founder and boss Soul Button is known throughout the world for his brand of “ethereal techno.” Whether you agree with the labeling of his music as techno or not, we can guarantee you it’s ethereal and spacey, filled with melodies and soothing vocals.

Check out his contribution to our Global Vibe Radio series and hear for yourself!

Marked by his awakened sensibility to depth, Feral consistently carries a thread of spirituality throughout his work. He has inherently embodied the spirit of deep techno, of which defines Hypnus Records, through his passion for audio engineering, hardware experimentation and fascination for percussive instruments. Feral’s affinity for the shamanic calls of the tribal drum have led him across the world to discover and nurture his defining sound. Finding comfort in the solitude of his studio, Feral’s visions emerge in the crepusular hours of his native city, Rome. With a heightened sense of spatial awareness, the sounds of Feral unearth the path of his multidimensional world, transporting the listener to a haunting, yet grounding refuge within.

It’s these sounds that make his releases and mixes a perfect companion during your studies.

In the same vein as Four Tet (no wonder they collaborate so much!), Caribou is Canadian Dan Snaith, who formerly recorded under the moniker Manitoba. Known for altering his sound with each subsequent release, he incorporates electronic psychedelia, krautrock rhythms, and breakbeat drums and creates a swirling, lush, musical panorama. Snaith also creates more club-oriented dance music under the name Daphni.

Enjoy his Essential Mix from earlier this year below.

DJ, producer and founder of Affin, Joachim Spieth is a respected artist and label A&R with a penchant for deep and ambient techno. Spieth’s musical inventory has grown and been shaped over the two last decades, allowing him to define a specific sound signature for his label Affin, oscillating between dance floor techno sounds and droney soundscapes.

His contribution to Global Vibe Radio is a spell-binding journey into the deeper and more hypnotic realms of techno. Enjoy it below.

Citing influences as varied as Theo Parrish, Dorothy Ashby and Stravinsky, Shepherd has been an accomplished pianist since the age of 16. The variety in influences is mirrored in the diversity of his productions that range from string quartet to gritty beats. As a DJ, mostly his sets sit between boogie & house. In his mix for RA, which you can listen to below, he proposes a selection of jazz, house, techno, disco, bass, all into one smooth delivery.

Alright, this is not an artist but rather a mix series, hosted by Silent Season. Silent Season is a music label influenced by the natural surroundings of British Columbia, Canada. The label grew out of the connection between deep ethereal music and the mossy rain forests of Vancouver Island, now providing a soundtrack to some of the most radiant and aural beauty in the world.

Their Campfire Stories series is beautifully curated, focusing on the nature-inspired sounds of some of techno and ambient’s most talented producers and DJs. Each story is themed, and the music selection matches that theme. This allows listeners to enjoy a varied array of deep journey with each mix.

Here is just one of the nearly 100 mixes available in this beautiful series.

They are surely not an electronic music artist but still worth our bonus special mention. Portishead were initially known for their use of jazz samples and some hip-hop beats along with various synth sounds and the hauntingly beautiful vocals of singer Beth Gibbons. While their newer tracks are harder in nature, just throw on their older album (especially “Dummy”) and all your ears to enjoy the beauty that comes their way.

These ten electronic music artists have the greatest sound to keep you going on a long night of studying and also calm your brain. Depending on what you prefer, there are different sounds to choose from and some leaning towards popular genres such as pop, indie, and hip hop.

You can live stream the music created by these artists on major distribution channels such as YouTube, Spotify, Soundcloud and Apple music whenever studying to get heightened concentration levels,

Cody Dawkins is an online tutor who teaches arts and humanities to students from all over the globe. He also helps them to write winning assignments that include term papers, theses, essays and dissertations. In his free time, he shoots videos for his YouTube channel, goes out for long drives and prepares Thai food for his friends.